School librarian Amanda Brasfield bent over to grab her lunch from a small refrigerator and felt her heart begin to race. Even after lying on her office floor and closing her eyes, her heart kept pounding and fluttering in her chest.

The school nurse checked Brasfield’s pulse, found it too fast to count and called 911 for an ambulance. Soon after the May 2018 incident, Brasfield, now 39, got a $1,206 bill for the 4-mile ambulance ride across the northwestern Ohio city of Findlay — more than $300 a mile. And she was on the hook for $859 of it because the only emergency medical service in the city has no contract with the insurance plan she has through her government job.

More than two years later, what was diagnosed as a relatively minor heart rhythm problem hasn’t caused any more health issues for Brasfield, but the bill caused her some heartburn.

Brasfield’s predicament is common in the U.S. health care market, where studies show the majority of ambulance rides leave patients saddled with hundreds of dollars in out-of-network medical bills. Yet ground ambulances have mostly been left out of federal legislation targeting “surprise” medical bills, which happen when out-of-network providers charge more than insurers are willing to pay, leaving patients with the balance.

However, the COVID-19 pandemic has prompted temporary changes that could help some patients. For instance, ambulance services that received federal money from the CARES Act Provider Relief Fund aren’t allowed to charge presumptive or confirmed coronavirus patients the balance remaining on bills after insurance coverage kicks in. Also during the pandemic, the Centers for Medicare & Medicaid Services is letting Medicare pay for ambulance trips to destinations besides hospitals, such as doctors’ offices or urgent care centers equipped to treat recipients’ illnesses or injuries.

said Christopher Garmon, an assistant professor at the University of Missouri-Kansas City who has studied the issue.

A Health Affairs study, published in April, found 71% of all ambulance rides in 2013-17 for members of one large, national insurance plan involved potential surprise bills. The median out-of-network surprise ground ambulance bill was $450, for a combined impact of $129 million a year.

And a study published last summer in JAMA Internal Medicine found 86% of ambulance rides to ERs — the vast majority by ground ambulances, not helicopters — resulted in out-of-network bills.

Caitlin Donovan, senior director of the National Patient Advocate Foundation in Washington, D.C., said she hears from consumers who get such bills and resolve to call Uber the next time they need to get to the ER. Although experts — and Uber — agree an ambulance is the safest option in an emergency, research out of the University of Kansas found that the Uber ride-sharing service has reduced per-person ambulance use by at least 7%.

Only Ambulance in Town

When Brasfield was rushed to the hospital, her employer, Findlay City Schools, offered insurance plans only from Anthem, and none included the Hanco EMS ambulance service in its network. School system treasurer Michael Barnhart said the district couldn’t insist that Hanco participate. Starting Sept. 1, Barnhart said the school system will have a different insurer, UMR/United Healthcare, but the same plans.

“There is no leverage when they are the only such service around. If it were a particular medical procedure, we could encourage employees to seek another doctor or hospital even if it was further away,” Barnhart said in an email. “But you can’t encourage anyone to use an ambulance service from 50 miles away.”

There is great disagreement about what an ambulance ride is worth.

Brasfield’s insurer paid $347 for her out-of-network ambulance ride. She said Anthem representatives told her that was consistent with in-network rates and Hanco’s $1,206 charge was simply too high.

Jeff Blunt, a spokesperson for Anthem, said that 90% of ambulance companies in Ohio agree to Anthem’s payment rates; Hanco is among the few medical transport providers that don’t participate in its network. He said Anthem reached out to Hanco twice to negotiate a contract but never heard back.

Rob Lawrence of the American Ambulance Association pointed out that nearly three-quarters of the nation’s 14,000 ambulance providers have low transport volumes but need to staff up even when not needed, creating significant overhead. And because of the pandemic, ambulance providers have seen reduced revenue, higher costs and more uncompensated care, the association’s executive director, Maria Bianchi, said in an email.

Officials at Blanchard Valley Health System, which owns Hanco, said Brasfield’s ambulance charge was on par with the national average for this type of medical emergency, in which EMTs started an IV line and set up a heart monitor.

Fair Health, a nonprofit that analyzes billions of medical claims, estimates an ambulance ride costs $408 in-network and $750 out-of-network in Toledo, which is about 50 miles away from Findlay and has several ambulance companies. Even the higher of those two costs is $456 less than Brasfield’s bill.

Similar stories play out across the nation.

Ron Brooks, 72, received two bills of more than $690 each when his wife had to be rushed about 6 miles to a hospital in Inverness, Florida, after two strokes in November 2018. The only ambulance service in the county, Nature Coast EMS, was out-of-network for his insurer, Florida Blue. Neither had responded to requests for comment by publication time. Brooks’ wife died, and it took him months to pay off the bills.

“There should be an exception if there was no other option,” he said.

Sarah Goodwin of Shirley, Massachusetts, got a $3,161 bill after her now-14-year-old daughter was transported from a hospital to another facility about an hour away after a mental health crisis in November. That was the balance after her insurer, Tricare Prime, paid $491 to Vital EMS. Despite reaching out to the ambulance company and her insurer, she received a call from a collection agency.

“I feel bullied,” she said earlier this year. “I don’t plan to pay it.”

Since KHN asked the companies questions about the bill and the pandemic began, she said, she hadn’t gotten any more bills or calls as of late August.

In an emailed response to KHN, Vital EMS spokesperson Tawnya Silloway said the company wouldn’t discuss an individual bill, and added: “We make every effort to take patients out of the middle of billing matters by negotiating with insurance companies in good faith.”

Last year, an initial attempt at federal legislation to ban surprise billing left out ground ambulances. This February, a bill was introduced in the U.S. House that calls for an advisory committee of government officials, patient advocates and representatives of affected industries to study ground ambulance costs. The bill remains pending, without any action since the pandemic began.

In the meantime, consumer advocates suggest patients try to negotiate with their insurers and the ambulance providers.

Michelle Mello, a Stanford University professor who specializes in health law and co-authored the JAMA Internal Medicine study that examined surprise ambulance bills, was able to appeal to her insurer to pay 90% of such a bill she got after a bike accident last year.

That tactic, however, proved futile for Brasfield, the Ohio librarian. She set up a $100-a-month payment plan with Hanco and, eventually, paid off the bill.

From now on, she said, she’ll think twice about taking an ambulance unless she feels her life is in imminent danger. For anything less, she said, she’d ask a relative or friend to drive her to the hospital. 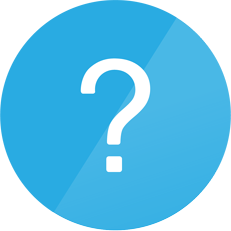